On September 10, 2015 Haven Studios presents an awesome series of photography with a twist of spicy tuna on the side. Another awesome summer night event in our beautiful city of Angels. This fresh and hip event will be held during our notorious DownTown Art Walk.

Looking forward to reconnecting with Mr. Back Brain and check out the photography of Joshua Ian.

See you all there!

No stopping on Railroad Tracks by Joshua Ian 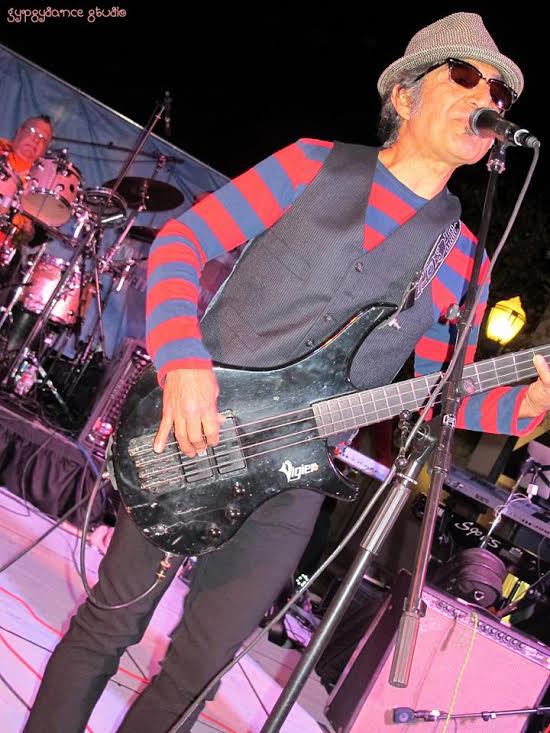 Los Angeles, CA (September 9, 2015) -Haven Studio and Gallery of Los Angles announces the first major art show displaying works by Joshua Ian, a prolific artist and key documentarian of indie band Kotolan and the downtown scene. Kotolan will be performing live along side with John Avila from Oingo Boingo a new wave band popular in the 80’s.

Based out of Los Angeles the alternative music group has a blend of art rock, Latin soul and Japanese 60s pop with vintage production aesthetics. Lead singer Junko sings in English, Spanish, and Japanese gives the audience a performance like no other female singer in the industry. She has shared the stage with the likes of Chicano icon Lalo Guerrero and Linda Ronstadt. WOW! But Kotolan continues to “WOW” us all. Band member Otto has also had the opportunity to record for Snoop Dog, Marc Anthony, Ozomatli, Sheila E. Kotolan will be performing live, and the band is scheduled to go on at 9pm.

On view September 10, 2015 from 8 pm-11 pm on the same day as Downtown Art Walk for one night only, the show will also feature photo-based works alongside archival artwork by Danny Greene, Mr. Black Brain, Emerson Barrett, Geoff Melville, Lekit, Atomik One, Rusty Blades, Reason One and Geo.

In keeping with this month’s Street Art and Performance theme, Haven Studios will be organizing a special show featuring an eclectic range of street artists and performers local to the DTLA art scene. Join us at our unique urban art gallery in Downtown Los Angeles for Downtown Art Walk.

Start the night at KGB Gallery & Haven Studios. It will be a night filled with friends and colleague so bring plenty of business cards. A new way of networking and buying art.

Live entertainment, DJ, cocktails, culinary cuisine, and art. From the DJ that brings everyone together at Grand Park D.J Black Shakespeare from The Lions will be spinning live.

And for those foodies out there, the food truck sensation Tokyo Doggie Style will provide the choicest of grub, while inside mixology bartenders will keep you guessing ingredients all night long.