September 11, 2015 we spent Friday night at the Autry Museum with my love Pryer and the Seventh Letter Family; Aloy, Evol & Krush. We were there to support an important charity event which raises awareness in animal adoptions as well as fighting against the killings of animals left behind in animal pounds.

The MTAC More Than A Cone Foundation held its second annual art festival which consisted of a fashion show inspired by plastic cones, carnival games as well as live performances. But the most important part of this event for me was to see our friends execute an awesome live mural painting experience for all art lovers that were present. Like always, in great company of my love Pryer and brother Aloy who we support unconditionally; the night was spent away among family members and loved ones. Although the event itself was an adventure, I found myself most of the night at the wall the Seventh Letter members were painting at which was a great spot because it was next to the stage meaning that I had front row seat to enjoy watching the celebrity hosts and live music performances.
The VIP experience was nice but not as exclusive as one had imagined; with the exception of free drinks for the whole the night. As I will never forget the experience of being cut off at the front of the line for the bar by apparently the event coordinator who was so rude and drunk and kept referring herself as being a “bitch” in front of our children. I have never experienced such rude behavior but it was more guided by her sense of entitlement over us as her guests. She kept on apologizing for being a bitch but kept saying over and over she organized the entire event so pretty much can do as she pleased. And of course I had to say something to her and agreed that she was being a bitch, but that she should not treat her guests that way, explained to her that we came to support and by that time the bartenders got involved and told us how important she was and who her father was. Which in reality the only thing I can say I learned about this nasty experience is that it does not matter how much money you have; you can still be trash based on the way you treat others. I attended last year’s More Than A Cone Art Auction which was held at Plaza de Cultura y Arte in Downtown Los Angeles and I must admit that the experience was so much better than this year’s. Hopefully, it was just the alcohol speaking and this woman, who apparently is the face and event coordinator for such an important cause sponsored by great charities and donors.
After that experience, I tried to forget about it and I met an amazing mother and daughter from Belize which made the night more pleasant with their warm hearted spirits. Thank you ladies for the great vibes and as promised, here are the pictures taken with our talented artist Aloy! Sorry it took so long and thank you for all your kind words and support for Graffiti Art.

As the mural progressed and we joked around with Aloy and Evol; more artists and family began to arrive, which made it more confortable to be among familiar faces. I love and cherish moments like this, where we are all happy, together sharing the same love and support for the artists as well as for each other; great times are spent with extraordinary people!
We stayed at the event until the fellas were done with their masterpiece entitled “Mad Society Kings” along with cool animal characters and bright color shades. The night could not have ended any better as we left carrying cool goodies bags from the sponsors as well as great photo shots of some of the performers and celebrity hosts. I want to thank Aloy and Evol for alowing us to spend an artsy summer night at the Autry Museum; we had fun and cannot wait to do it again!. 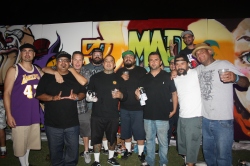 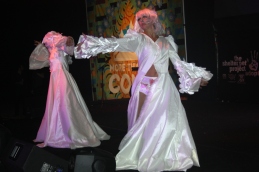 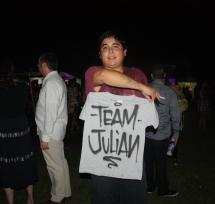 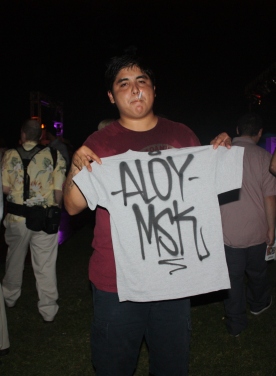 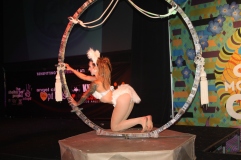 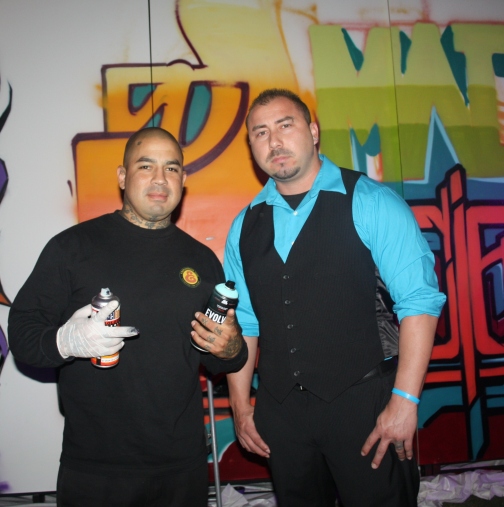 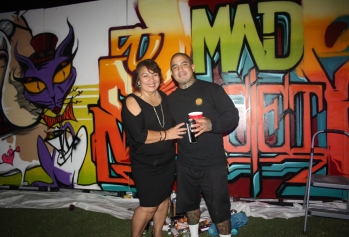 4 thoughts on “The Seventh Letter Paintout @ The Autry Museum”